Fitting for a month dedicated to Cancer Awareness. This includes one of the last performances by Poetic (of Gravdiggaz) shortly before he succumbed to cancer.

feat. Poetic (Gravediggaz)
[The Last Emperor]
1993, shortly before Thanksgivin’
I got the call she say Jamal, Derek is no longer livin
Softly she spoke
Is this a joke?
Man, you gotta be kiddin
As my question was raised this explanation was givin
A meaningless death
Made me question the meaning of life
Does my body remain at rest like when I’m sleeping at night?
Will I burn in eternal hell?
Or will I find paradise?
Be rejected or ressurected like the body of Christ
Is it like purgatory the story described by the Catholics?
Or nirvana that Buddha saw in both theory and practice
Like I studied in my college phillosophy classes
Or do my molecules and atoms travel back to the gases
I mean what I’d like to know
Is wheres my spirit go?
After the curtains close

On my final show
Is there a pain it brings?
Enjoy my favorite thing
Visit ancient kings
Hear the angel sing
Who’ll answers these said the great mcs
My man Gremel’s battling a debilitating disease
He said “You see a brother like me is full in the fight”
And everytime I question death my only answer in life
N—a fight

Chorus: (sang)
One life
Only god and send me free
Am I living in this moment?Am I living righteously?
It gets hard, but I know got some people

I’m tryin so hard to be strong

[Poetic]
Paralyzed on the bathroom floor by pain
Last month I endured
But now I can’t ignore
Feels like rail road spikes being stuck in my liver
And my dyin eyes cryin’, body startin to shiver
Crawl upstairs from the basement callin my sister
*sniff* Dawn, help me, I ain’t feelin to healthy
Stomach walls burnin
Head spinnin and turnin
Waitin for the EMS 3:10 in the mournin
Rush me to emergency screamin like a newborn
The pain’s to strong maybe my souls tryin to move on
He hooked me to the i.v.
Put me through some x-rays
Gave me demorall to kill the pain that was the next phase
Early the next day in a hospital room
Moms and Pops in the room
3 or 4 docs in the room
My test results suggest “Your colon and your liver is so cancerous”
You got 3 months left
Me and death is playin chess
Ever since then
My strength is the most high,my fam and close friends
The Last Emp been sent free blessed me with a verse
Stayin healthy comes first, look at me, things can be worse

chorus:(2x)
One life
Only god and send me free
Am I living in this moment? Am I living righteously?
It gets hard, but I know got some people
I’m tryin so hard to be strong 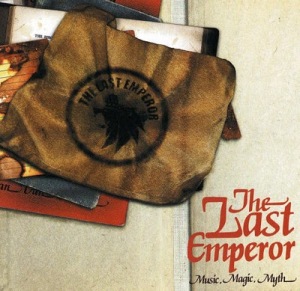