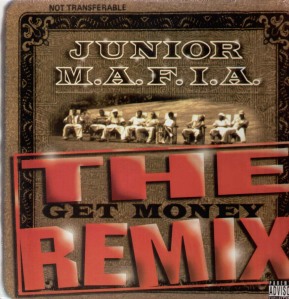 The manuscript Blue Lines is the fictional coming of age narrative of a young California woman Key Yemaya Walker, and her 2 year growing journey through school, love, and life period piece, written by Kenneth Suffern, Jr., taking place at the University of North Carolina at Chapel Hill between the years of 1997 – 1998. Loosely based on true events, and experiences during that time, told through the eyes and voice of the main female protagonist, a freshman first attending the school.
Video and lyrics after jump.

[Little Cease:]
How you figure that your team can affect my cream
Gold and platinum. Black since I stepped on the scene
Naymean I mean. Peep the scene:
Jacuzzi full of women.
She hittin me and him and him much love like Wimbeldon
While n-z screamin killa
I’m overseas in my villa
Wit my masseuse struttin illa
frank switch the plan. Cock the Lexus Land
See cutta, Rockafella 4 hundreds and betta
Little Ceas push threes with fives in his eyes
not that I’m gon cry for Mary Blige
I die for my niggaz packin steel
Chicken heads with sex appeal
reveal sexual acts up in Capone’s Ac
The Chocolate Dime watch the Mafia shine -unh
Girls git your own, can’t touch a dime of mine

Biggie
And if you don’t stop, then we won’t stop
Continuously to get (get money)

[Little Kim:]
Big Momma, keys in Tiawana
Some call me Donna Karan or Armani
Gats for the poonani
For brown nose pussy crushers
Cap peelin others. Ignorant muthaf-s.
Drive a Benz or Miata. This honey’s got a
sweet piñata. Six shotta
Little Kim the Black Erika Caine -in
Who remains in Chanel frames and
Animals of all kind.
Russian Fendi sables
with matchin pool tables
Read the Label – MAFIA
Admiring my shoes by Gucci
I be eatin sushi, playin with my coochi
Countin lucci. N-a I got banks to rob
Convertible Saabs. I’m married to the mob

[Biggie Smalls:]
Frank White the desperado
Used to rock the all black Movado
The all black Eldorado.
All that and a bottle of Don P
N-z can’t harm me, I keep the army.
Is Brooklyn in the house? – Without a doubt
I’m the rapper with clout everybody yap about
check it out: guns I bust em
Problems with my wife: don’t discuss em
Coups and Leer jets I lust them
Finger prints I dust them. Recent address
Stuck you for your stash in your pissy mattress
Your mom’s a actress. Didn’t wanna show me the thing
It’s okay, she was old anyway. I display
Hot 97 rhyme ready. Cocked Mac-11, line steady.
Like Tevin Campbell I’m ready to do what I do
Continuously to get

You can be as good as the best of them…