Today’s America is a lot different than the one I grew up in, I state as I am starting this post on an iPad (as I’ve stated before, if this was not loaned and I had to buy it…I wouldn’t be on an iPad).  Back to my opening statement, that’s not an indictment on my age hearkening back to the good old days, but rather more of a so we have this new technology and we’re more assholes because of it.

Again, I can’t blame Apple for much of it’s creation, but more or less perfecting it.  My favorite two items are my iPod, and my iPhone.

Speaking of phones, I’ll give them a pass, because the advent of the mobile phone ushered in a new era of “douchery.” think about those people who used to walk around with the phone and a battery pack in what looked like a purse…really???  Most people couldn’t use them, because the rates were astronomical, but they made sure to carry them so that the entire world knew, “I have a mobile phone.” then as phones became smaller and slightly more affordable, more and more people had access to owning phones so that they could make this call, “’Hi,’ just wanted to say ‘Hi,’ you know this is costing me money.” Great job dumb ass, you really needed to say that???  Last year you said that from your work or home phone, or you just went by to say ‘hi,’ maybe got a happy ending.  Now, you just look silly.

I ran up my first cell phone (not mine) in 1999 on my post college road trip/Blue Lines research trip out west…the phone was disconnected by the time we reached San Francisco (not because of me). And let me be clear, I knew what that phone was, my lifeline back to the fam in Atlanta in case something happened on my trip.

When I got my first full time position and thought I was ballin’ I purchased my cell, I won’t lie…I was stuntin.’ I’d be in the club, on stage with some girl grinding on me, watching that while I was on my phone…I couldn’t hear the person on the other side, and they couldn’t hear me.  But in normal situations, that thing lived in my pocket, because I had a sensibility of what the phone was for.  And I used it mainly for long distance.

Be enough of my experience, we slowly moved from not staying on a phone, unless it was some late night, I wanna get with you, “you hang up,” “no you hang up,” type of deal, to standing in the check out line at Whole Foods, detailing non-sensical conversation about how if you saw your boss in a dark alley, you’d kick his ass, “gurl,” at the top of your lungs.

Guess what???  I…DON’T…CARE.  And when you’re driving in AM rush hour traffic, eating your breakfast with one hand, with the phone pressed up against your ear with the other, what is that important to talk about??? 10 years ago, you were sitting in your car listening to music, or get this…talking to the frickin’ people riding with you, not foursquare-ing that you got to Spaghetti Junction. 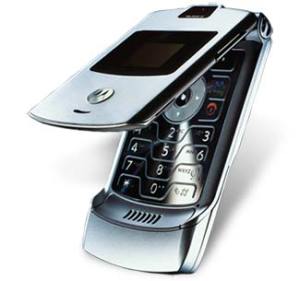 While on cell phones, I’ll continue on the “smart phone” rant…I blame Blackberry for this.  When Blackberries began to emerge, I always used to say, “I’m glad I’m not important enough for one of those.” Granted, any upward mobile person in corporate America would strive to be in that position, but did you really want to be given a leash?  But I began to notice after awhile, before I had one, that at these business lunches, and dinners, and late night dinners, that all the time devoted to answering the respective Blackberry phones was garbage.

I had to call B.S. on that, as we sat at the table with a broken conversation, full of “oh waits,” “let me answer this’s,” and “I gotta take this’s,” which were really BBM’s, personal texts, random nothings that this new era has opened us to.

Then I got my first Blackberry, yup, I was right.  Whether I wanted to or not, I was ushered into the world of making messing around look like work.  Testing across the table in meeting…douchery at it’s finest.  I mean come on, I could take pertinent notes from the current meeting, set up a lunch date, update my facebook status, tweet, answer work and personal emails, BBM my cousin, and look professional while doing it.  All I had to remember to do was put the thing on vibrate, and I was golden.  Now I could sit at the table, smile, interview, say “I gotta take this,” and be a dumb ass.  At least I got a Bluetooth earpiece for the car.

Over time, I have noticed that the douchery is widely accepted, or we just don’t care anymore.  I can’t have a conversation with my Dad, because I thing he would sign up fir the first cell phone implant so that he could always be connected.  When out, even with my Mom, I’m always on my iPhone…I’ll just be real.  Yes, honestly, sometimes work stuff does present itself, but at other times I’m checking my blog views, tweeting, and that ever present facebook.  Brunch on Sunday, iPhone, mapping directions, iPhone, conversation that started before I left on some social networking site…iPhone snitches!!! 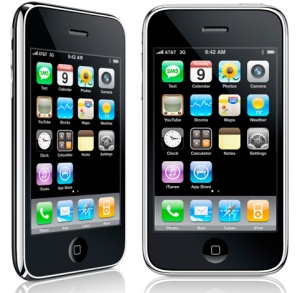 Although, as I finish the “phone” portion of my rant, I must point out that am extremely happy that I have experienced two occasions that the phone hasn’t interfered with.  While hanging with ONE person, now I did make make foursquare checkins, but I/we stayed away from our phones.  I won’t lie, the indication that something is going poorly is the speed in which someone starts texting, facebooking, etc.  So, she wins.  Because I’m liable to fb’ what I’m eating, a picture and give you the playlist from a concert.  The other occasion was with the work wife, we are so crazy with it, that posting IS part of the experience, therefore when we post, it is the result of some really dumb (in a good way), off the wall, or ridiculous comment we’ve made or something we’ve seen. If you’re my friend on facebook, and think I post to much, when we (work wife and I) get together, it’s a mess and posts are multiplied x100.  But again, that is a part of the experience, so right now, both of the aforementioned and unnamed win!!!

Ok, now I love my iPod, and Apple did not create the MP3 player, well those douches don’t create anything other than cults, but they perfected it.  They first company that really came to prominence was that company that created the Rio, yeah you could put 5 songs on it and be happy, lol…then Apple came only with the iPod.  Granted i LOVE my iPod, I have an iPod for music, iPod Nano for working out, and I really want another iPod that is able to hold the majority of my music, and then give my original iPod to my homegirl (but it does hold sentimental value).  But, that thing is the ultimate in anti-social device.  “Anti-social device” you ask.  I noticed it back in 2007 while in Chicago and my phone was neatly tucked away, because I wasn’t a phone fiend at the time, and I was simply enjoying that beautiful city, that cute women, and I guess everyone else had one thing that allowed them to ignore everybody walking around…their iPod…it was magical.  In Atlanta, everybody wanted to speak, at that time, here (Chicago) nobody wanted to even notice you.  I bet half of those iPod buds were in just so other pedestrians “thought” they were listening to music, I loved it…does that make me douchy…kinda. 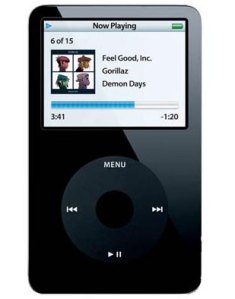 Maaaaaaan, I was trooping from below Soldier Field all the way to Wrigleyville researching manuscript 3 while listening to Lupe Fiasco for the first time (his best work), or acting as if I was listening to music so that I did not have speak to anyone, even in the Adidas Originals store on North Rush Street…this discovery was beautiful (at the time), Chicago museum for free Thursdays, no one bothers you with those iPod buds in, even when the sign is clearly posted “Do Not Take Photographs,” and my digital camera us capturing the entire building.  It was as if I had discovered a way to be rude, and it was ok and personally acceptable. not that I am looking for ways and excuses to be rude, but people walking around found their excuses not to make eye contact, acknowledge other pedestrians and the such. Again, because I had certain aims and goals, I was not as offended by it initially, and have not been since as my indoctrination to it, soften the blow…but I remember the days when walking down the street did not mean being invisible among the throngs of people. Not catching her eye, not watching her blush, not inadvertently giving some dude the head nod. In retrospect it hurts that we slowly lost our connection to the world by turning into ourselves by using our devices.

Now I have to get to the scene that I saw that led me to want to write this post.  While working on the second half of the story that I posted earlier this week, I look over at the model-ish looking chick in her garb that was straight out of Vogue, or similar magazine.  Fake breast held high, and I looked over to the vacant chairs to figure out which one was hers…Oh, that one.  The table with the Mac.  Apple Mac’s are douchebag magnets.  With their on-sale lines that start 5 days early like the re-release of a Star Wars movie in 3-D, they epitomize douchebaginess at it’s highest.

I apologize that last portion was not as substantive, but it is douchebaggy.