Back from the refreshing days when Lupe first came on the scene, over the instrumental of N.E.R.D.’s “Maybe.”

But we got the same lunch
You might see me with the cooler
That’s ’cause I don’t eat pork
You can never be sure
Oh, you like Linkin’ Park
That’s the hat from the tourI got a autographed shirt
They wrote, “Much love to ya”
Man that’s really funny
How we like tha same music
But I really love jazz

I’m used to being the loser
But you, I think you’re super
So much I had to pursue ya
I don’t believe the things they say
Or the football teams rumors

And then I walked away

Thinkin’ that she would never talk to me
Like what were you thinking?
Bringing up the band

You would have got a better result
If would have just beat her up and ran
You shouldn’t have worn your glasses
Take your shirt up out your pants
See, now it’s all over
And you won’t get another chance, damn

I gotta a pet parrot his name is Mister Tuna
My favorite food is fish
Remember that for the future
My IM name is Miss Luana, you can hit me after six
(How you feelin’ right now?) 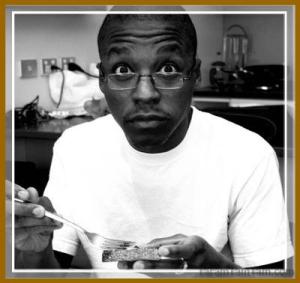