At sometimes, when trying to post content, and losing the initial; idea that led to said post, you forget the idea that led to the post first being created. Rather than edit the previous post, I will add a separate addendum, privacy in the Post Social Network world. Last weekend, I reflected on how “public” my “private” life has become. Yes, depending on what social network you are a part of, you may see things such as foursquare posts, specific tweets, etc. that may give the guise of a rather public life, however if i asked those “watching” me, the same question as those who know me, the answer would be starkly different.
When I first set up these networks, the primary goals were to promote a manuscript that i began in 1998 and virtually completed by 2000 – 2001. Though there have been edits, there have not really been structural reworks to change the content, story, etc. (not to say that the future doesn’t hold that). I used the main male character of my manuscript, Blue Hurt, as the persona as which to drive these sites, facebook, twitter, WordPress. But not as far as creating pages for the character as I did in the late 90’s early 2k with Blackplanet. It’s funny in some respects being that at times, i am addressed or referred to as “Blue,” whether it be mentioning me in Hawks broadcasts (yes that has happened frequently), or friends and coworkers addressing me by that name, Blue is a minor character relative to the main character of my work, Keypsiia Yemaya Walker.
As this Blue persona began to take his shape in cyberspace, it did not add to the development of the character, but rather the development of this public/persona that offers a glimpse into some things that are true part of who I am, but only pieces. Behind that, and the growth of what I’m trying to do here, I can, in retrospect, look back at some of the events that have changed what facebook, in particular, was when I first joined.
As I alluded to earlier, a friend setup both my facebook and Myspace accounts after I repeatedly ignored requests by two other friends. They were actually setup while I was in Chapel Hill doing onsite research for my manuscript Blue Lines. Although the accounts were setup, I ignored them and never logged in. When I had my plan on execution in place, I began to make use of them. At first i was very intrigued, dropping a “poignant” quip every now and then, to make it interesting, but not say too much. At the time the verb is was automatically populated, and I could say, “Blue Hurt is elated,” “Blue Hurt is writing.” Simple enough to give you insight, but nowhere near as detailed and specific as posts now. It was very interesting how with this small interface, I could keep up with long lost friends, and leading into a High School reunion, much of the ice was already broken before meeting these friends again, and the starting place of relationships was further progressed and the awkward reintroductions were skipped. Again, it intrigued me to redevelop attachments, on a non-personal level…if that makes sense.
However, with the good comes th e”bad.” Now by saying bad, it is not truly in a negative form, but the strangest occurrences have been learning of family or friends deaths on facebook. Suddenly, this “new” form of communication was informing me of information, before all of the family or friends were aware of the situation. It suddenly became intrusive, granted there are many things I don’t share through facebook, twitter, or WordPress, however, there are many target messages that may seem cryptic to the public, but are fully understood (in most cases) by the people they are meant for.
Do I feel that too much of my life, though segmented, is displayed on these pages? Yes, but I also have to attach something real to these posts when at the end of the day, I want in earnest to share my work(s) with the world. How do you find that medium? Who knows…there are times when I talking to WW TK, and the messages are directed in that direction. There are times that I open up and speak to my future readers. There are times I’m speaking to YOU and wonder whether YOU know that these words are directed at YOU. Sometimes I’m talking to TJ, and I know the posts will not be read. I guess that it is truly important to find the way to still keep myself private, believe me much of me does not appear here, just enough…and sometimes too much. I have to adequately use these avenues to open the world to my work.
As I’ve iterated before, I’m still shocked by some of this, especially the positive feedback. Yes, one can have goals, and know the direction they want to go in, but when you get it back after the work that you have put in, or on something that you may not have felt as comfortable or confident with…it is still a shock. With that said, for any who have read part one of today’s post, I just wanted to give background on how I came to some of those earlier items. 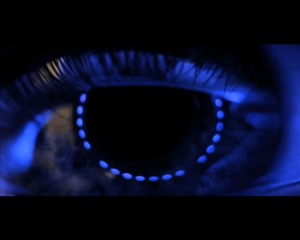