At first I thought to write my “What I Learned Sundays,” Blog Post about the phases of Father-hood that I’ve known. Whether it be my Father’s process, that of my late Cuban Grand Father, or even thoughts on my brother and his first Father’s Day. But then after reading one of many posts that happened to be followed by a discussion, I had to change my focus.

I am guilty of this too, and I actually had second thoughts prior to making my initial post on facebook, but I was overly surprised about how when someone mentions “Father’s Day,” the common comment and/or statement is “for all the Father’s that are doing there job, and the Mother’s who are being ‘Father’s’ for their children. As someone pained that at 35, I am not a Father, it is sad that Mother’s Day is allowed to be a day of celebration, however Father’s Day is always served with an asterisk, for those who are being Father’s. There are even “Father’s Day” cards for Mothers. I love Mother’s, and I celebrate Mother’s Day in earnest, however while allowed to be supported by most schools systems still being in session, and a super Hallmark Holiday, Father’s Day falls in June, with no promotion and served with giving ties, or some non-essential gift.

Though, not a male rallying cry, Men are more served on holidays dealing with service to the Country, Memorial Day, and Labor Day, but yet not for being Fathers. Therefore we can die (Men are not the only soldiers), and we can provide for our families (Men are not the only providers), however our “service” as Fathers is severely devalued. And this is not a rallying cry to get it right by the time I become a Father, many factors are fighting against that, and I am not the best at taking praise or thanks and I’d be served with or without the day, however it is high time that we stop half-heartedly thanking the Fathers in our lives by backhanded comments like, “Thanks for the Father’s, who are there.” 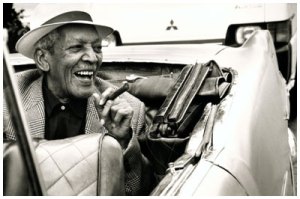