I still have the vinyl for this at the house.

[K-Solo]
I X’d ya amateur, damage ya, have fools jumpin off
cliffs grabbin their ass cheeks yellin GERONIMO
It ain’t a problem at all when K solve
Three-hundred and sixty degrees rhymes or boulevards
are charged, by my entourage, who put
the Ram in Dodge, rasclaat and bumba claat
Maintain, few remain in the game
So I remain focused; hip hop’s the main aim

[Redman]
Well it’s the Funk Doctor Spock, the pon cock lyricist
My mentality’s so def yo I ain’t even hearin this s–t
Biscuits be cockin back when I be comin
I guess they heard how I be takin MC’s out by the hundreds
Wanted, for two million and a body alone
And use the microphone as my accomplice
Scientist, field-trippin, thinkin
What the f–k is this funky fungus that growed amongst us

[K-Solo]
Sprayed a few, shank a few, rap crews say they shamed too
But can’t hang two, like we do
F–k them, they better bow slow
This rhyme’ll cold hit em, real quick cause I’m K-Solo
Battle any dude, this retifuge I’m in cruise
See what the better vet, could do, to you undouche
you three groups, four punks at a time
I box two and knock em out at the drop of a dime

[Redman]
The long faced murderer
Servin over two billion motherf–kers a day like Mickey D’s circular
Workin a, shifty hour like a burgular
My crew herbin ya, like we never even heard of ya
Odds are evens, that I’ma be the one creepin
Minute n—az check the flows of the major deacon
The bazaar, the rap non-superstar
When I step up I pump volume like rah

[K-Solo]
My afro blows in three-hundred sixty degrees
So this makes me, the light skinned Richard Roundtree
Vocabularies very, loquacious
And gregarious, pump that too, go grab the dictionary
Fly word that we flip on the M-I-K-E mic
My crew be like, this style’s hype
Wrong’s the opposite forget the bullshhhh
To rhyme like the K-Solo, you need more than a soul kid

[Redman]
Come closer, while I lock it down like I’m supposed ta
You battle me, you won? You might of, but then you woke up
My turbulence will make peanut butter choke up
Call me tha Brick City, Stock Cock Broker
Y’all n—az is fools, playin with hood moves
You couldn’t Total my amount if you sung “I Missed You”
Dissed you dismissed you yeah I fixed you
Let your girl suck on the s–t that I piss through 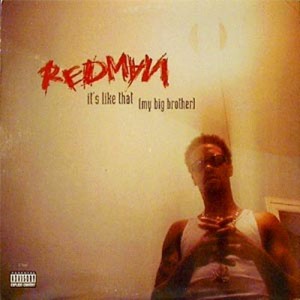