“…he remembered when he had been here…”
Being grounded, and focused on singular goals, one tends to find complacency in familiarity, accepting the same thing as part of their daily routine. Before I continue, I provincially was going to title this post something provincial like California, the California Version, etc. but then realized that in totality, that would devalue the meaning of this entire years’ adventure.

In many ways, this year was a self discovery travelling the circuitous path from something that I had before me as the clock struck 12:01, cigar in tow, texting the world. I had no idea what was in store, the happiness, the heart break, the gains, the loss, the love, the understanding, the maturity, the betrayal, the failure, the success. In 2011, I was able to destroy the template that was placed in front of me, and rebuild something new, take a veritable step out onto a limb, though, not as much as some, but much more than most.

2011 was full of new beginnings, new faces, and a journey to a place I had known. The alchemy of taking the previous version of myself, melting it down, and creating something new and different. Being a planner, I tried to return to my bearings, as I began the first steps of the year.

Once upon a time there was a boy who lived. He saw his story, and then his story was interrupted by a young girl. He knew he loved her when he met her, love at first sight. Funny thing, in a different time, with different sensibilities, different respects, their story did not match the path that he wanted. Young when children knew everything, yet veritably nothing, living and life would have been “missed” at that time.

Many years passed, and that boy became a man, a product of a system, but was he truly walking the path before him? Old world, in values, the man worked to responsibly negotiate life, respecting those who should be respected, choosing his path, with respect to others, until seeing that the road that he travelled came to a fork. To the left was doing what he had been told, to the right was the opportunity to take an unplanned journey to finding himself. He shed everything he knew, though respectfully paying tribute along the way.

The year began with me in a position that I had put myself in. Virtually in a position to succeed at something I was working toward, but with my old thinking at that time. I was within reach of what I wanted, yet did not know truly where I was. I place myself within circumstances that happened once. The year moved on, happy for the opportunities, yet very much a part of what I currently had to take part in. Traveling (developmentally), respecting my roles and duties, and seeking a new path. As the year played along, I had loss, happiness, renewal, but most importantly the opportunity to better myself through the journey.

I learned that what I needed was right before my eyes, whether I paid my respects in Memphis, saw friends across the country, saw my new niece, or lived with my decisions, all would have been for naught, if I did not learn from them.

About four to five years ago, my good friend, artist Kat Goduco, came to me and offered for me to read a book called The Alchemist. To the best of my recollection, it was a borrowed book, that was secondarily borrowed by me. Me, thinking I was where I needed to be at that time, and relatively content and happy, I accepted her request to read the book. I don’t think she believed that I would read the work, and stressed the importance of 1) reading the work; 2) that regardless of my situation, happiness, sadness, or wherever I was in life, there was a message to be gained. She coupled that with the fact that it was an unbelievably easy read. Within two days I had finished the work. I could not put it down after I began, and though it is simply a work of fiction, it is not self help or the such, but I would argue that it is more effective of works with those intentions, it spoke to me and gave me a message relevant to me at that time.

During this year, Kat, was my guide who seemed to show up at those times that I needed. For those who have read the work, she was King, and later the Alchemist that show up on Santiago’s journey. Asking my real and poignant questions about the decisions that I made, was making, or the path I travelled along. I will always love my friend for that. To say that she was the only one would be false, but she definitely appeared at the “right” times. She was there, either in person, or with that strategic phone call at the right time.

This year, and this journey helped to strengthen some bonds that were already there, especially with my beloved Mother. She has all of my love, but us both being Tauri….maaaaaan very combustible. My cousin, she also helped ease the “absolutes,” of my Taurean heart. She was there always giving insight. And of course, meeting my little princess niece, the Cuba-Nese Baby Libra!!! Real Love!!!

Through the process, you also learn to see people for who they are, and whether they want the same good you want for them, or selfish and consumed with themselves.

My journey continued, and I chose to read The Alchemist again. I remembered some of the start of the story, but luckily did not remember all of its resolution. I waited until October, never having owned the book, but purchasing as a gift twice, and with a clear and free mind read it again. Though a different message, for a different me, I was lucky and fortunate to be able to discern another positive message.

The journey also included huge life arcs, that help a) the completion of my manuscript Blue Lines; b) reach back to that era, and I will conclude that cryptic angle.

With all journeys come fear and I had the opportunity to look in the mirror. Glancing back at the year of 2011, the reflection I feared in those eyes luckily subsided as our travel took turns that could have written a new amazing story. Just a short time ago our journey to finding myself began and ended abruptly with an end that made me fear myself. It’s a challenge to see yourself in another’s eyes. But, certain things, the universe conspires to aid. And from the detritus, something began to grow. Once I saw myself, and I feared what I saw, no longer is that fear there.

What I Learned:
That sometimes things are just real and cannot be explained.

Paying your respects should not be impacted by others

Being able to say the words you need to say, not write, text, e-mail, weasel out of is SO important, regardless of the outcome.

Mean what you say.

Love should not be used loosely.

There are good people.

Give without expecting something in return.

Don’t be governed by someone else’s life, beliefs, thoughts, etc. 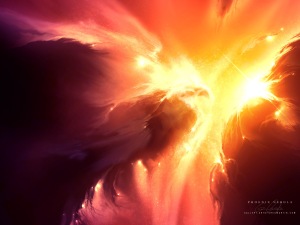