See, sometimes…
You gotta flash em back
See n—az don’t know where this s–t started
Y’all know where it came from
I’m sayin we gonna take y’all back to the source
We bounce, yo

When the MC’s came, to live our their name
And to perform (forrrrm)
Some had, to snort cocaine (caiiinnne) to act insane (sannne)
with before Pete Rock-ed it on, now gone
that the mental plane (plaaanne) to spark the brain (brainnn)
with the building to be born
Yo RZA flip the track with the what to gut
Check em check chicka icka etta UHH

Fake n—az get flipped
In mic fights I swing swords and cut clown
S–t is too swift to bite you record and write it down
I flow like the blood on a murder scene, like a syringe
on some wild out s–t, to insert a fiend
But it was yo out the shop stolen art
Catch a swollen heart from not rollin smart
I put mad pressure, on phony wack rhymes that get hurt
S–t’s played, like zodiac signs on sweatshirt
That’s minimum, and feminine like sandals
My minimum table stacks a verse on a gamble
Energy is felt once the cards are dealt


With the impact of roundhouse kicks from black belts
that attack, the mic-phones like cyclones or typhoon
I represent from midnight to high noon
I don’t waste ink, n—a I think
I drop megaton BOMBS more faster than you blink
Cause rhyme thoughts travel at a tremendous speed
Clouds of smoke, of natural blends of weed
Only under one circumstance is if I’m blunted
Turn that s–t up, my “Clan in Da Front” want it

I’m on a Mission, that n—az say is Impossible
But when I swing my swords they all choppable
I be the body dropper, the heartbeat stopper
Child educator, plus head amputator
Cause n—az styles are old like Mark 5 sneakers
Lyrics are weak, like clock radio speakers
Don’t even stop in my station and attack
while your plan failed, hit the rail, like Amtrak
What the f–k for? Down by low, I make law
I be justice, I sentence that ass two to four
round the clock, that state pen time check it
With the pens I be stickin but you can’t stick to crime
Came through with the Wu, slid off on the DL
I’m low-key like seashells, I rock these bells
(when the MC’s..) Now come aboard, it’s Medina bound
Enter the chamber, and it’s a whole different sound
It’s a wide entrance, small exit like a funnel
So deep it’s picked up on radios in tunnels
N—az are fascinated how the s–t begin
Get vaccinated, my logo is branded in your skin 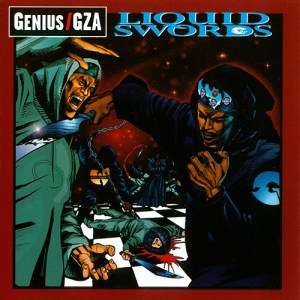