I wake up further enraged this morning…there is no time to mourn when the news of the next murder is broadcast. How much longer will we cast a blind eye, and allow locations, tweets, and posts to be evidence of our disgust and displeasure, yet let it end there? The pandemic of violence against us in the United States, and systematic violation and disregard of our lives is reported daily. Should my future wife have to worry whether I will come home, or whether she has to watch me die in public? Should I have to worry about my future son not returning home from college? Should my future daughter live in fear that at any moment, her father, brother, boyfriend…husband, will not return from their day? Will I make it home alive tonight?

I refuse to live my life in fear, but these are real questions to be asked in a country where increasingly obscure locations, towns, and places become unfriendly reminders of how devalued the life of a Black man is. Last year I felt an uneasiness as I rode past Fruitvale Station…what was simply a stop on the B.A.R.T. is now an eerie reminder of a New Year’s shooting of an unarmed Oscar Grant was murdered by a police officer. Our lives our being reduced to temporary outpourings of grief, vigils, speeches, and memories tied to a location. However, I wasn’t…we weren’t born to be symbols of tragedies that continue to repeated on, as we have seen the last two days, a daily basis. Alton Sterling and Philando Castile are simply the new names added the growing list of disregarded lives.

Wake up people…when do we stand it in defiance of a problem that may seem to be growing, however it is one that never went away. If you look at the resurgence of the O.J. Simpson story this year, look beyond him, and his personal situation, and remember the undercurrent of that time…especially my generation. Rodney King, who survived his attack at that time, the verdict and the Los Angeles riots, and the explosions in cities around this country in response. Open your eyes, the election of Barack Obama did not signal a moment of positive change for this country, as much as it opened the veil of disgust and displeasure and brought racism back to the forefront which is being clearly evidenced by calls of “Taking the Country Back,” and the explosion of violence by those who has sworn to “protect” us.

Police brutality and murder do not discriminate and NBA players like local Hawks player Thabo Sefolosha, and recently Alton Sterling and Philando Castile are treated with the same disregard. You cannot buy your way out of being targeted. Praying and tolerance without action are the same tools that have continued to allow these actions to continue from days before I was born until now.

I refuse to be a memory or a footnote due to someone’s disregard for my life, I refuse to allow my family to fall victim, I hope that you feel the same. 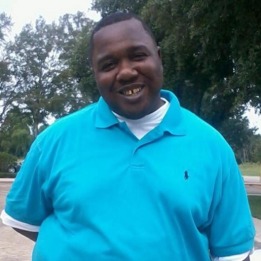